Small Earthquake near Ottawa. Not many dead.

Ottawa isn't in a fault zone. So when a minor earthquake struck, nobody had been taught what to do and their instincts weren't correct. 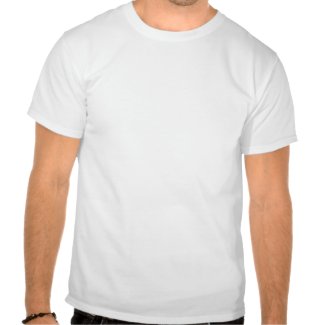 (which was actually nearer Ottawa)1
OK, I’ll be honest. I didn’t actually notice it. I was driving on a rough road at the time. I arrived home about two minutes after it had finished and wondered why my family had evacuated the house and were standing on the drive.

According to the USGS, the earthquake was a 5.0 and was about 35 miles away. Not unusual, perhaps, for an earthquake-prone region such as California, but pretty unusual for Ottawa where such events might happen once or twice in 100 years.

But because the event was so unusual, very few people here knew what they should do. Earthquakes aren’t generally near the bottom of a company’s top 10 list of risks. The instinct of most people was to get out of the building they were in — as fast as possible. The next thing they did was to ring everybody they knew – so the phone system was overloaded and unusable for the next half hour.

But that isn’t the right thing to do.

According to Public Safety Canada, if you are indoors, you should drop, cover, and hold. Drop under heavy furniture such as a desk, table, or bed, cover your head to prevent it being hit by falling objects, and hold onto the object you are under so that you remain covered. The idea is that you are probably safer where you are (most modern buildings are built with an appropriate degree of quake-resistance) whereas outside you are likely to be hit by falling glass and masonry.

Having recently seen the pictures of the collapsed buildings after the earthquake in Haiti, it’s difficult to internalize this advice so that you act on it instinctively, even if it is correct.

Fortunately there were no fatalities. But the event does act as a reminder that people don’t generally remember the content of government advice leaflets, no matter how well written they are.

People react instinctively in an emergency unless they have been trained to do otherwise.

When choosing emergency drills and exercises we would do well to remember this.

Note: The title is a play on Claud Cockburn‘s claimed winning entry for the world’s most boring but accurate headline: Small Earthquake in Chile. Not many dead.

1. There were reports that there were T-shirts available within 15 minutes of the earthquake. I don’t know whether this is true, but this one went up for sale a mere 88 minutes after it struck.